In real estate, as you might have heard, location is everything. It’s relatively straightforward to figure out which neighborhood in a particular town is the right location, location, location for your needs -schools, character, proximity to amenities and things like crime rates and commutability render

In real estate, as you might have heard, location is everything. It’s relatively straightforward to figure out which neighborhood in a particular town is the right location, location, location for your needs –schools, character, proximity to amenities and things like crime rates and commutability render a given neighborhood more or less of a good fit for a given home owner.

But how can you tell which cities you should feel optimistic about in the coming year?

It’s all about the fundamentals, folks.

I sat down with Trulia’s Economist, Jed Kolko, and asked him for his short list of spots across the country that he projects will be the healthiest housing markets in 2013, and for his rationale behind picking the cities that made the list. Kolko explained: “The healthy markets that made the list have strong job growth (Bureau of Labor Statistics), which bodes well for housing demand; low vacancy rates (U.S. Postal Service)–low enough to encourage new construction, but not so low that inventory and sales are restrained; and low foreclosure inventory (RealtyTrac), since foreclosures tend to hold back recovery.”

Kolko elaborated: “Of these 10, four are in Texas (Houston, San Antonio, Austin, and Fort Worth); two are on the West Coast (San Francisco and Seattle); two are northeastern suburban metros (Bethesda, next toWashington DC; and Peabody MA, north of Boston); and Omaha and Louisville round out the list. These aren’t necessarily the markets with huge price gains going into 2013, but they have strong fundamentals. For instance:

Interestingly enough, Kolko went on, “rising prices were not included as part of our definition of healthy local housing markets. Many of the markets with the largest price gains in 2012 were rebounding from huge price declines during the bust, but they still have weak fundamentals, such as high vacancy rates, large foreclosure inventories, or slow job growth. For instance, Las Vegas and Phoenix both have high vacancy rates and large foreclosure inventories going into 2013, despite having year-over-year asking-price increases of 14% and 27%, respectively, according to the November Trulia Price Monitor. And Detroit has a sky-high vacancy rate and is suffering job losses, even though asking prices in Detroit rose 10% year-over-year.”

“Just as losing lots of weight might be part of an unhealthy cycle of yo-yo dieting, big price gains aren’t necessarily a sign of a healthy housing market if they’re being driven by a post-crash rebound, rather than solid fundamentals. That’s why Las Vegas, Phoenix, and Detroit aren’t on the healthiest-markets list for 2013.” 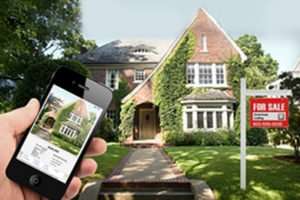 At this day in age, almost everything has some aspect of social media attached to it and most information can be found online. Real estate

10 Helpful Ways to Organize Your Home

Did you just purchase a new house? Are you in need of some organizational guidance when it comes to moving into your new home? Or,

5 Things to Consider When Choosing the Right Neighborhood

There is a never-ending checklist of things one must remember to keep in mind when it comes to selecting the best neighborhood to live in.

How to Make Your Open House Effective

An effective open house is a valuable tool to increase the price of your home. To impress the potential buyers, you have to do something

Send Us A Message

Momentum Realty Group was founded by Karl in 2009 to help others achieve the dream of ownership and peace of mind. With over a decade’s worth of experience in real estate, Karl designed Momentum to break the mold of the traditional brokerage model and put primary focus of all transactions on the “why” of his clientele.

Owning a home is a keystone of wealth… both financial affluence and emotional security.